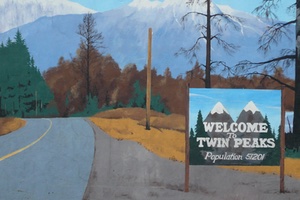 From TV To Film

This special collection considers the transition of popular television programmes to film. This process of adaptation not only relates to contemporary trends in film-making, but was also recognised early on by Hollywood and in many respects the 'big screen' remake has often been heralded as prestigious or a sign of success and popularity. The list of examples of texts adapted from television to film is extensive, with the best-known examples including The X Files, Sex In The City, The Fugitive, Doctor Who, Star Trek, a host of ’70s British Sitcoms, and most recently, The Man From UNCLE – an example that especially highlights the complex relationship between television and film. Some transitions and adaptations have involved a complete change of circumstances, referencing the franchise or original creation only tenuously, while others have attempted fidelity, usually through the retention of the original cast.

Although there has been plenty of research into filmic remakes (Horton and McDougal [1998], Mazdon [2000], Forrest and Koos [2002], Verevis [2006], Loock and Verevis [2012]), there has been little in the way of research into television-to-screen processes and its phenomenon in film and popular culture studies. This Special Collection aims to build upon recent interrogations of TV-to-screen adaptations, most notably Transnational Television Remakes edited by Constantine Verevis and Claire Perkins (Continuum 2015). Understanding the complex formal and industrial processes underpinning the transition of television programmes to screen requires a variety of theoretical approaches, of which adaptation studies has been the most visible in film scholarship to date. However, the transition of a local/national television programme to the global screen should also be considered in terms of cross-cultural identity, transnational flows, transmedial storytelling across different media platforms, and also perceived hierarchies within and across local and global media.


From TV to Film

Between Two Worlds: Twin Peaks and the Film/Television Divide

Cinematic Doppelgängers: Twin Peaks as a Case Study of a Cancelled Series’ Transformation into Feature Film