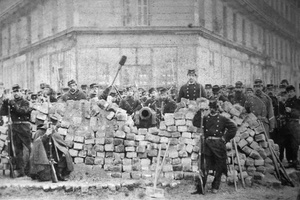 The Politics and History of Menstruation: Contextualising the Scottish campaign to End Period Poverty Production Archives 01: Puppets for Action Representing Classical Music in the Twenty-First Century Scholarly Communications and Higher Education The Pathological Body: European Literary and Cultural Perspectives in the Age of Modern Medicine Binary Modernisms: Re/Appropriations of Modernist Art in the Digital Age Reading in Ruins: Exploring Posthumanist Narrative Studies The Language of Perspective Nancy Astor, Public Women and Gendered Political Culture in Interwar Britain The Working-Class Avant-Garde Colonialities in Dispute: Discourses on Colonialism and Race in the Spanish State Powering the Future: Energy Resources in Science Fiction and Fantasy Writers and Intellectuals on Britain and Europe, 1918–2018 Literature, Law and Psychoanalysis Muslims in the Media Encounters between Asian and Western Art in the 20th and 21st centuries: a liberating influence for Asia? Waste: Disposability, Decay, and Depletion Pride Revisited: Cinema, Activism and Re-Activation New Approaches to Late Medieval Court Records Utopian Art and Literature from Modern India Right-Wing Populism and Mediated Activism: Creative Responses and Counter-Narratives Representing Climate: Local to Global Cultivating Spheres: Agriculture, Technical Communication, and the Publics Freedom After Neoliberalism The Medieval Brain New Approaches to Medieval Water Studies Remaking Collections Imaginaries of the Future 01: Bodies and Media Imaginaries of the Future 03: Utopia at the Border Imaginaries of the Future 02: Politics, Poetics, Place Postcolonial Perspectives in Game Studies Station Eleven and Twenty-First-Century Writing #Agreement20 What’s Left? Marxism, Literature and Culture in the 21st Century New Voices in Jewish-American Literature Authors, Narratives, and Audiences in Medieval Saints’ Lives From TV To Film American Literature & the Transnational Marketplace Mnemosyne Healing Gods, Heroes and Rituals in the Graeco-Roman World The Abolition of the University