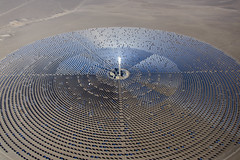 Powering the Future: Energy Resources in Science Fiction and Fantasy

The recent rise to prominence of Petrocultures and the Energy Humanities is fundamentally a response to the emergent dilemmas surrounding the predicted dire consequences of continuing with a planetary-level modernity constructed and powered by fossil-fuelled extractivism. An insistence on energy forms and their related infrastructures as critical phenomena for Humanities scholars has sparked new research exploring the long – and sometimes unconscious ­or under-determined – inter-relation between energy and culture, now registering in many intersecting fields and genres. In asking fundamental questions of the Humanities’ responsibility and relation to crisis-ridden issues of capital, political power, resource distribution, climate and environment, this work is also asking questions of critical and aesthetic practice; disrupting genre, form and periodization.

The genres of SF and the fantastic have considerable salience here, given the future-orientation of energic concerns as a significant strand in the Energy Humanities’ mission trajectory. We should expect work in the speculative mode to feature strongly, not only in offering radical ‘unimaginable’ alternatives but also by extrapolating and registering contemporary issues around energy. The consensus is on the necessity of some kind of transition, a view which is reliant, to some degree, on the power of imaginaries to present (and sometimes to prevent) speculative visions of life with alternative energy systems. A range of possible worlds and the attendant challenges and theoretical possibilities they offer is represented in the essays in this collection, which chiefly focuses on sf literature. They range from eco-dystopian or resource-pressurized worlds that remain inured in and subject to the extremes of fossil regimes; worlds extrapolating messy transitions and impasses between residual and emergent energy forms; and worlds presenting hopeful scenarios of more just and equitable modes of living with abundant or even inconceivably “clean” energy resources, from solarity to future food to wind transport and spaceship fuel. These essays demonstrate that novel and alternative energy imaginaries – involving both “powered-up” and “powered-down” visions of the future – proliferate across the histories and genres of sf/f. We have only just begun to source and extract such visions, and to debate their ability to engage and conceive the new modes of dwelling, moving, producing and consuming required in the face of climate change.


Powering the Future: Energy Resources in Science Fiction and Fantasy

‘This Shining Confluence of Magic and Technology’: Solarpunk, Energy Imaginaries, and the Infrastructures of Solarity

‘Food from Nowhere’: Food, Fuel and the Fantastical

Resource Radicalism and the Solar System of Black Empire

Museum Engagement as Speculative Design The Pathological Body: European Literary and Cultural Perspectives in the Age of Modern Medicine Reading in Ruins: Exploring Posthumanist Narrative Studies The Language of Perspective Nancy Astor, Public Women and Gendered Political Culture in Interwar Britain The Working-Class Avant-Garde Colonialities in Dispute: Discourses on Colonialism and Race in the Spanish State Powering the Future: Energy Resources in Science Fiction and Fantasy Writers and Intellectuals on Britain and Europe, 1918–2018 Literature, Law and Psychoanalysis Muslims in the Media Encounters between Asian and Western Art in the 20th and 21st centuries: a liberating influence for Asia? Waste: Disposability, Decay, and Depletion Pride Revisited: Cinema, Activism and Re-Activation New Approaches to Late Medieval Court Records Utopian Art and Literature from Modern India Right-Wing Populism and Mediated Activism: Creative Responses and Counter-Narratives Representing Climate: Local to Global Cultivating Spheres: Agriculture, Technical Communication, and the Publics Freedom After Neoliberalism The Medieval Brain New Approaches to Medieval Water Studies Remaking Collections Imaginaries of the Future 02: Politics, Poetics, Place Imaginaries of the Future 03: Utopia at the Border Imaginaries of the Future 01: Bodies and Media Postcolonial Perspectives in Game Studies Station Eleven and Twenty-First-Century Writing #Agreement20 What’s Left? Marxism, Literature and Culture in the 21st Century New Voices in Jewish-American Literature Authors, Narratives, and Audiences in Medieval Saints’ Lives From TV To Film American Literature & the Transnational Marketplace Mnemosyne Healing Gods, Heroes and Rituals in the Graeco-Roman World The Abolition of the University